Muslims Are Missing The Boat on Christmas

December 25th is the biggest holiday in the West for non-Muslims. It is a consumerism frenzy and shirk at its greatest and unfortunately many Muslim parents don't know how to use Christmas to their advantage! What? Did I just say to their advantage?

Let me explain, during this time of the year, non-Muslim parents go out of their way to violate numerous moral principles and they usually do it against the ones that are defenseless, helpless, and trusting... yes, their own children.

Most non-Muslim parents that are Christian have forgotten how hurt, shocked, and betrayed they felt when they found out that Santa Claus wasn't real! As a former Christian, I was deeply hurt and couldn't believe how my father and mother lied to me for all those years with no apology. I felt betrayed and that was emotional pain that just multiplied when it came to the Easter bunny, tooth fairy, and other 'childhood tales'.

Those who celebrate Christmas and push the consumerism, materialism and debauchery that goes with it have lost all sense of morality whether they know it or not. One of the most important roles we have as parents is that of the Confidant, the one our children can speak to, trust, confide in, and learn from. Think about it, isn't it difficult to expect a child not to lie especially after they have been crushed because they have been lied to repeatedly by their parents, teachers, and society as a whole about a fat white man in a red suit they thought would bring them anything they desired as long as they were not naughty and whom they grew to love? So how much better is a parent that lies to their child constantly and providing the reason that it is just 'for the kids' or it's all in fun?

Here's the thing, as Muslims, we are told to be truthful even if it against ourselves and to stand up to falsehood. Allah tells us that Shaytan is a plain open enemy to us! So we have a choice, we can either act as though Christmas is just a thing the non-Muslims do or we can take this as an opportunity for educating our young ones about this massively celebrated event and its true origins where we build trust, confidence, and love for Islam in our child's hearts.

First, I used to be Christian so I am speaking from an inside perspective and the only two people that have accepted Islam from my immediate family (my father and little brother) have passed away and may Allah have mercy on them, forgive them, and grant them jannah, ameen.

As parents, we can take this golden opportunity to discuss the origins of what is now called Christmas. There is so much evidence that December 25 is when the Pagans celebrated their holy days that it is simply undeniable and didn't appear in Christianity until over 300 years after Prophet Jesus (pbuh) had delivered his message. By celebrated I mean drunkenness, male homosexual orgies, severe beating of wives, and more! So disgusting their traditions were that Christmas celebrations were BANNED in England and the United States for quite some time by Christians that grew tired of the madness! Yes, you could be fined or even jailed for participating in Christmas celebrations here in the West!

We have an opportunity to;

Don't let this opportunity pass you up. Shaykh Abdullah Hakim Quick has an incredible video called "Holiday Myths" that addresses many of these pagan ways. Use Google, YouTube, or whatever you can to research the pagan origins of Christmas. The Saturnalia Celebration, Winter Solstice, birth of Mithras (Persian god), birth of Horus (ancient Egyptian sun god), and Dionysus (Greek god) is another savior-god whose birth was observed on December 25th, and there are many more that existed well before 2000 years ago! This info is widely available and overlooked by a religion that would rather keep the folly going. They are handing us the da'wa opportunity where we can be truthful and call people to what is right!

Seize this opportunity to discuss where the lights come from, where the Christmas tree comes from and how it is prohibited in the Bible in Jeremiah 10:1-5, and don't forget to show them how Santa is misspelled and the letter "N" should be at the end which spells SATAN! Build the trust with your children, empower them, and you'll start to see the brightness of iman in their hearts and relief on their faces instead of admiring the "beautiful" lights and wanting to be a part of something that the Shaytan makes so dazzling and attractive this time of year... This attractiveness is another reason we must make our 'Eid even that much more special, but that is another topic for another day. 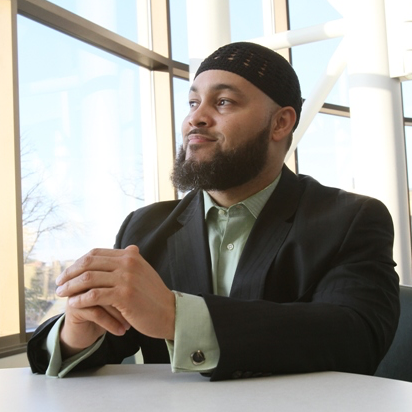